The 44th Chapter in this story sees the release of JOBE’s My Regrets, featuring the haunting vocals of Haptic and a big Edition from label bosses VVerses.

As ever with JOBE, the EP is a powerful combination of darkness, melody and heft.

Title track My Regrets is true to form, built on a chunky, driving groove that opens into an expansive and euphoric vocal-led peak in which Haptic takes the lead, giving a performance that is typically haunting and emotional. The Dub Edition, meanwhile, offers a useful counterpoint that smooths out the highs of the original.

Up next, the VVerses Lessons Learned Edition is a blissful combination of new wave-influenced broken beat, delayed basslines and dripping acid. Haptic’s vocal, transformed into an impersonal and heavily vocodered robotic presence, holds the track together as it culminates into choppy ravey chords that channel a Balearic feel.

Final track Luma is an ominous afro tech roller, big dusty drums encasing a central arp that ups the ante and is bound to make the dancefloor bounce. Interweaving synths relentlessly build the tension to a crescendo.

JOBE does it again with his My Regrets EP, right in time for the summer months. Here are stories in sound not to be missed on Chapter 24.

Sobek makes a welcome return to Chapter 24 with an impactful EP built around title track ‘Charmer’ and a set of quality Editions from David Mayer, STATUE and Colossio.

Named after the Egyptian crocodile god, Sobek channels inspiration from a reptile of a different kind here. ‘Charmer’ is a pulsating afro techno cut anchored around a hypnotic synth line bound to enchant dancefloor and serpents alike.

David Mayer, veteran of Objektivity, Mobilee and Keinemusik adds a dose of unpredictability on his rework, upping the ante with a rolling techy bassline offset by wistful pads for an exciting, unstable feel that satisfyingly just holds together.

Finally Mexican Colossio closes the package with a solid dose of acid on his standout wonky techno Latin Papi Edition.

The artists showcased here make for a powerful team, each offering something clearly different while retaining the DNA of Sobek’s excellent original. As ever with Chapter 24, expect stories in sound and music with meaning.

ODDiO FACToRY – To Be Or Not To Betty (EP)

The package opens with a dose of hooky, funky quality in OK Carrol. Referencing the Western shoot out of 1881, this is a killer slow jam which packs a combination of guitars and dark, off kilter grooves.

Title track To Be Or Not To Betty feat. Marteen is a glorious combination of infectious funky guitar licks, soulful vocals and huge bass, all overlaid with bewitching, dark atmospheres.

As founder of the classic imprint Real Tone Records, Franck Roger knows a thing or two about house music. For his Wonky Edition, he takes a deep, rolling and dubby route that keeps things hypnotic, interspersed by an epic and dramatic sub line. This is backed up by a Wonky Dub which is a club tool guaranteed to keep the dancefloor moving in the deepest hours of the night.

All told, ODDiO FACToRY’s To Be Or Not To Betty is a masterfully rounded EP with a deft French touch.
credits
released December 6, 2019

Mulya and Sobek author our next Chapter, reprising a creative relationship which has already borne significant fruit. Their work has seen them find a home together with labels including Monaberry and TAU, while they have been picked up individually by imprints including Bedrock and Get Physical.

Here they offer three big hitters. Title track Mirrored Screen opens things in style, its chunky afro techno groove offset by an enigmatic synth line and a choppy single note pattern that is laden with tension. Tribal vocals add to the mix before the main hook opens out and satisfyingly hits home.

Shaking Hands is the follow up, built around a distorted, pitching percussive groove for a determinedly heads down, wild affair that is bound to move the dancefloor.

Rounding things off, Hard Curve is just as heavyweight. Equally moody and foreboding as it is hypnotic and driving, it comes paired with an Edition by breakout artist Rinzen (mau5trap). Rinzen’s rework is progressive and euphoric, communicating and deploying a sense of scale that is reminiscent of classic Sasha or Stephan Bodzin.

Rinzen’s Edition makes for a fitting closer to a very strongly rounded EP from Mulya & Sobek. 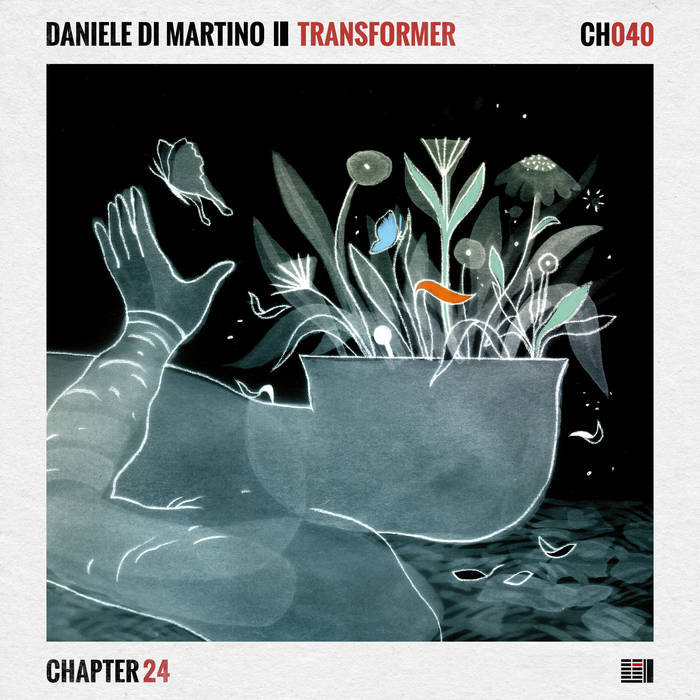 Our next Chapter brings Berlin-based Daniele Di Martino to the fore with a typically robust and direct offering in the form of the Transformer EP.

The MONO.NOISE label head follows up recent releases on Get Physical, Katermukke and Bar 25 with a set of three heavy hitters that showcase his clinical style and very effectively straddle the more melodic end of the worlds of house and techno.

Title track ‘Transformer’ delivers chunky beats, afro swagger and hooky call and response synths that make for a memorable and lasting impression and beg repeat plays. Meanwhile ‘Something’ follows this up with a crescendo of eerie top lines and unsettling atmospheres that give way to a pulsing, undulating techno groove. Both tracks are a masterclass in the use of dancefloor tension.

The package is rounded off by a collaboration with fellow Berliner Robin Schellenberg. ‘Gerudi’ has a slightly techier flavour anchored around a repeating synth, all set off by a devastating squelchy bass and a soaring break.

These powerful stories in sound are bound to be recounted again and again this summer.