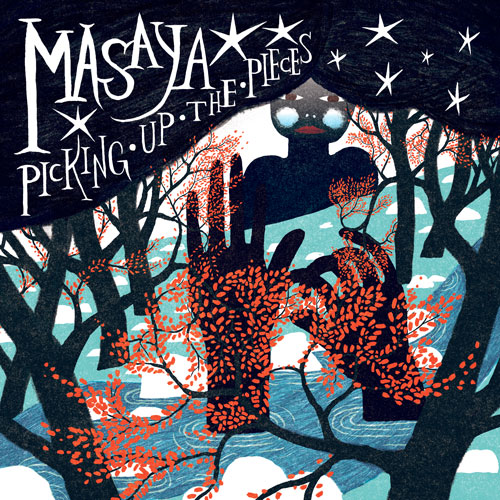 With the Borderline EP, we unveil the final act of our 24th Chapter.

Selected from Masaya’s recently released ‘Picking Up The Pieces’ LP, one of the most refined tracks now has its moment in the spotlight, accompanied by reworks from three greats of the house and techno scene.

Diynamic artist Johannes Brecht is next up. Fresh from his remix of Moby’s Natural Blues and the chart-topping Voix Grave with Christian Prommer, the multi-instrumentalist producer delivers a standout Edition which is melodic, powerful and hymn-like. This piece presents him at his sophisticated and direct best.

Last onto the stage is Irish-born Berlin émigré Neil Flynn (Lossless, Needwant). His Reduction Edition is a masterclass in minimalism, keeping the listener gripped as vocals evolve into synth lines and back into vocals again, all against a pared down techno backdrop.

The Borderline EP presents a constellation of stars in one of Chapter 24’s most significant outings yet.

The Twenty Fourth Chapter continues to be revealed as Swiss-Chilean artist Masaya proudly announces her debut full length album, Picking Up The Pieces. The 11 track affair is an accomplished listen from start to finish.

Masaya’s whole life is music. As boss of her own label Mina Records, she is a real underground star who has served up many great releases over the last ten years. This latest and greatest opus is a particularly personal one. Three years in the making and influenced by the birth of her son it is an album which draws on a rich range of musical references, truly 11 stories in sound.

Starting with the atmospheric and beatless Walking Dad, the album sucks you in right away. From there The Backstage picks up the pace with a serene deep house groove featuring plenty of soulful chords and sombre moods. Agnostic is brilliantly sparse and deep, with well-crafted drums and cosmic synth patterns unfolding up top.

Throughout the album, there is often a firmly rooted drum groove that keeps things locked to a late night dance floor vibe, and Haumea and Picture are perfect examples of that. Haunting vocal chops, shadowy strings and angelic keys colour pieces like Flow of Tears, Justin Loves and Inside, before the closing trio of Innocence, with its downbeat bass notes and wallowing vocal whispers, Borderline, littered with cowbells and synth drones, and Time Goes Fast, an optimistic closer complete with dreamy female vocals that leaves you feeling enlightened.

Overall then this is a sensational and absorbing album that really showcases Masaya’s fantastic sense of mood and groove, leaving us excited for the album remixes package set for later in the year. Her story continues on Chapter 24.

Watch the album’s MINIMIX below: 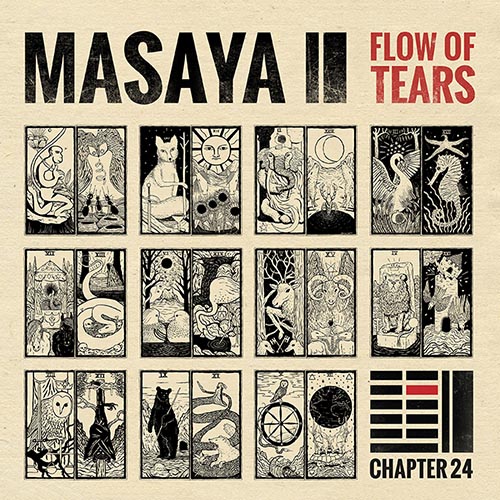 As the winter solstice approaches and the fool’s journey comes to a close, Chapter 24 marks its first two years of releases with a 24th EP. This symbolic offering is a vinyl-only package from Masaya, with an Edition by her close friend and frequent b2b DJ partner Ripperton.

Masaya’s entire life is music and this really shines through across the four cuts served up by the Swiss-Chilean artist. As boss of her own label Mina Records, she is a real underground star who has been responsible for numerous great releases over the last ten years.

‘Borderline’ kicks things off and is nine minutes of spine-tingling deep house music with haunting vocals and wispy autumnal synths. Subtle and seductive, it is a killer opener to the EP. ‘Picture’ is then just as emotive and spiritual, with tender string sweeps and rolling rubbery beats mixed in with warm finger clicks to make for a hugely atmospheric house groove. The final original is ‘Flow of Tears’, which is again cavernous and deep, its sombre chords draped over gentle drums with whispered vocals that really mark it out as an evocative listen.

Ripperton is the long time deep house star from Switzerland who runs his own Tamed Musiq and has a fine discography, releasing on the likes of Innervisions, Maeve and more. His Edition of ‘Flow of Tears’ captures the sound of futuristic house and techno in 2016. It is more direct and driven, with corrugated drums and loose limbed percussion lulling you into his autumnal groove.

This is a fantastic EP from some of Switzerland’s finest, a fitting 24th Chapter offering four stories in sound.

Includes the second part of an original short story by Lewis Bowman and the digital download link, which will be emailed after purchase.

Listen to the previews here: